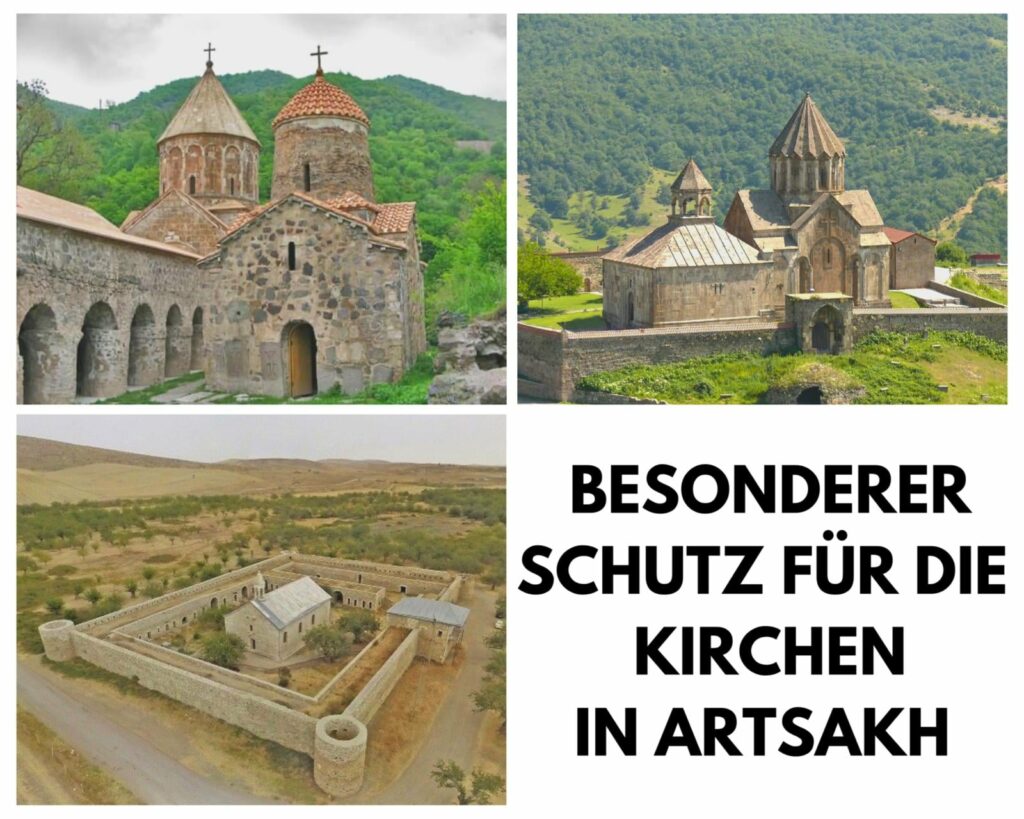 The German-Armenian Lawyers‘ Association (Association) has been continuously following the war in Artsakh (Nagorno-Karabakh) since September 27, 2020and is actively documenting and reporting international humanitarian law violations.Based on the Association Statute as a non-profit organization, our mandate includes not only the documentation and reporting of human rights violations, war crimes and the violation of international humanitarian law by the Azerbaijani armed forces in this context, but also the reporting of imminent and accordingly still preventable crimes.Since September 27th, our association provides legal reviews and analyses on the events relating to the war in Artsakh.

Committed to our statutory objectives, we called onto politicians, society as well as public and non-public institutions and informed about war crimes, the international human rights and humanitarian law violations after profound research and evaluation of the facts. Due to the current situation that 80% of Artsakh territory falls under the control of the Republic of Azerbaijan, cultural property/heritage have to be left behind and are thus threatened by imminent destruction. The Republic of Artsakh has an Armenian rich cultural and religious heritage. There are over 80 Armenian-apostolic churches and monasteries in the Republic of Artsakh, which were built in different centuries.These cultural and natural heritage sites are currently under threat according to the UNESCO fall into and protected under Articles 1 and 2 of the World Heritage Convention.It is proven that these properties are built different periods of the Armenian architecture, culture and sepulchral culture.

The UNESCO principles for the protection of cultural heritage in the World Heritage Convention also include monuments. These represent works worthy of preservation and are of outstanding interest. Therefore need to be preserved as part of the world heritage for the purpose of science and cultural protection. Founded by the millenium-old Armenian settlements in Artsakh, many monuments bear witness to the Armenian civilization and kingdoms. To date, more than 4000 monuments in Republic Artsakh are listed in the State List of Historical Monuments, which dates back to the ninth century AD. 2These cultural property is now in imminent danger of total destruction, too.It should also be noted that these cultural heritage and monuments that are now threatened by complete destruction must also be protected by the international law.According to Articles 27 and 56 of the Hague Convention for the Protection of Cultural Property in the Event of Armed Conflict and Article 8(2)(e)(iv) of the ICC Statute, the preservation of cultural property is also subject to the special protection under international law.

The Armenian Apostolic Church is the symbol of the cohesion of all Armenians.For hundreds of years the church and the religion has been the solid link for Armenian self-conception and identity. Consequently, cultural unity and solidarity rooted in the same faith protected the Armenians from loss of cultural identity throughout many genocides and pogroms. For this reason, religious cultural assets are under considerable threat. During the current war between the Republic of Artsakh and the Republic of Azerbaijan, various independent organizations have identified that the Azerbaijani Armed Forces backed by Turkey, have intentionally attacked and damaged various cultural heritage sites and Armenian monuments by using white phosphorus and ammunition contrary to the international law.

Furthermore, the involvement of the Turkish armed forces is a further indication of the threat regarding destruction of these cultural and natural heritage. After the 1915 Armenian Genocide, Turkey’s intention of wiping out cultural heritage of the people who had previously lived there in order to prevent the preservation of the Armenian-Christian heritage in the relevant areas became apparent. 3In addition, Armenian cultural goods have recently fallen victim to Turkish-Azerbaijani unrest, as the destruction of the culture can develop a demonstrably permanent and persistent vehemence for the purpose of repression and denial of the right to exist.Already in 2005,it was found that the Azerbaijanis in Nachijevan destroyed Armenian cross stones as the last Armenian cultural heritage in Nachijavan. 4During the second Nagorno-Karabakh war it was reported several times that the cultural heritage was destroyed by the Azerbaijani armed forces. 5Thus, the destruction or damage of the cultural heritage listed here is not only a crime against property, but also a crime against international values and the world heritage. A loss of the sacral buildings and relics over the very old Armenian civil structures leads toan irrevocable damage to the world’s history.

For this reason, it is both necessary and obligatory that special international protection may be granted to sacred and cultural heritage in the Republic of Artsakh, taking into account the current threat and already existing destruction, in order to fulfill the common responsibility to preserve the World Cultural Heritage.